From Zurich to Radio Luxemburg 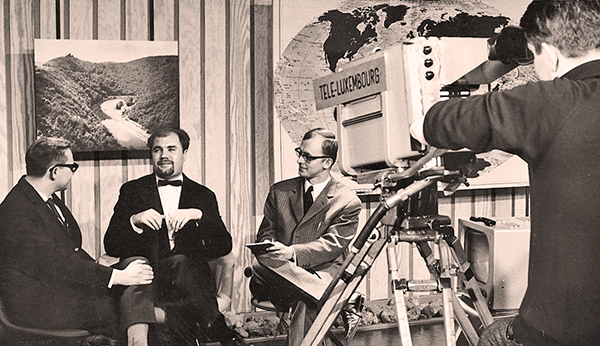 The move to the world famous Zurich Chamber Orchestra under Edmound de Stoutz was a further step for Alois Springer, from the concertmaster’s music desk, to follow his sound and to learn the higher musical art of chamber music microcosm. This formed an important foundation for the later chamber music conversion of his ideas in the great symphonies of Beethoven, Schubert, Bruckner, Strauss and Mahler.

Highlights of this period were primarily the long hours of cooperation with Yehudi Menuhin, Benjamin Britten, Peter Pears, in Gstaad, and on various tours through Europe, as well as with Frank Martin, whose violin concerto he performed.

Alois Springer (on the left, half hidden) with Menuhin in the Zurich Chamber Orchestra

After three important years with high quality chamber music in the premier Zurich ensemble, Alois Springer relocated to the opera in Trier as the youngest leading concertmaster in Germany. His inauguration as a soloist with Mendelssohn’s violin concerto was remarkable.

In this position he won the top award of the federal competition, “Concerts of Young Artists” in Hannover. Following his sensational debut with the Radio Symphony Orchestra Berlin he received excellent, enthusiastic comments from the press: “… At last a German conductor of talent with highest international aspirations.” 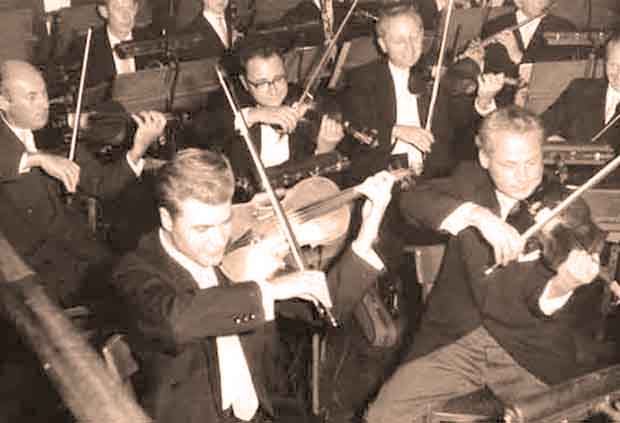 Success leads him to Luxemburg

Due to such achievements Alois Springer attracted the attention of Louis de Froment, chief conductor of the Radio Symphony Orchestra of Luxemburg. He appointed him as violin soloist and second conductor to this orchestra. 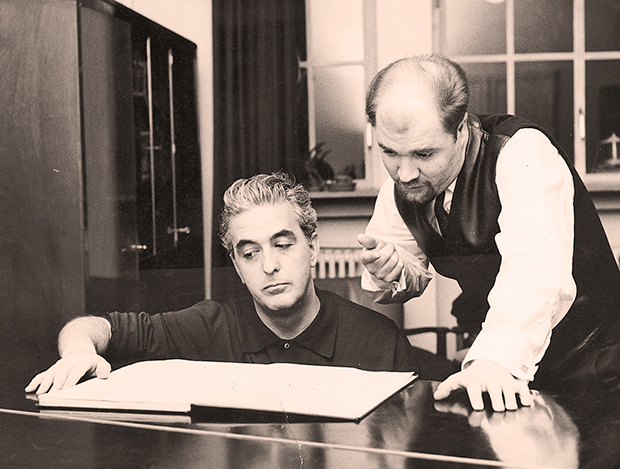 Alois Springer was one of the first to document the symphonic score of Leonard Bernstein’s “Westside Story”, as well as the music to “Candide”, and recorded the first performance outside the Soviet Union of the Rhapsody for Cello and Orchestra by Aram Katchaturian, along with recordings of Penderecky’s “Emanations”, and appearances with the great violinist David Oistrach…

An experience of a completely different type was his involvement in the Grand Prix Eurovision De La Chanson 1966, which took place in Luxembourg. Here, Udo Jürgens won the Grand Prix in his third attempt, with the title “Merci Chérie”, by a wide margin from the other participants, including Margot Eskens.